Due to the mechanics of the game Pokemon GO, being somewhere notable like London or Central Park means tons of cool Pokemons and PokeStops at your disposal. But how many of us can really afford roaming around the country and waste the lion’s share of our valuable time! Some of us also don’t have that physical capability. No worries, we’re here to save you that time and effort. We’ve picked up the best tips and loopholes for you in one single blog. Know what you have to do is just to apply it!

Honestly, are you really interested in walking hundreds of miles to another part of the country just to make sure there’s no rare Pokemon there? The answer is NO! People are going to places like central park, times square though in reality they’re just sitting on there couch. The trick here is called GPS spoofing. Through GPS spoofing you can show the app that you’ve moved several miles though really you don’t move an inch!

There the Video for android users about how to spoof your GPS :

For iOS, the process is a little bit intimidating. But if you really want to do this, then here’s the video :

If your country doesn’t support Pokemon GO yet or you want to play through PC then you probably have to download APK file of the game. The site you’ll be wanting to visit is probably APK Mirror.

To spoof GPS your while using a APK file watch this video :

There’re certain apps which will allow you to walk on the game without even moving a muscle. You’ll have to just point a direction and relax! You can also control your speed of walking. Follow the video below to get this cool app!

To get rare pokemons without using PokeBalls you have to hatch eggs. And you have cover a lot (by a lot I mean 10 f***** MILES) of distance. But there’s a alternative method too!

Watch this video to hatch your PokeEggs without moving a muscle :

1. Get Pikachu as your starter character

When you start the game, the Professor will ask you to catch your first Pokémon – traditionally Squirtle, Charmander or Bulbasaur.
But rather than catch one of them, you can walk away – in real life – until your phone vibrates. You’ll be prompted again to catch one of them.

Walk away again until you get the next prompt and repeat this process five times. Then Pikachu will appear and you’ll be able to capture it as your starter.

2. How to easily capture wild Pokémon 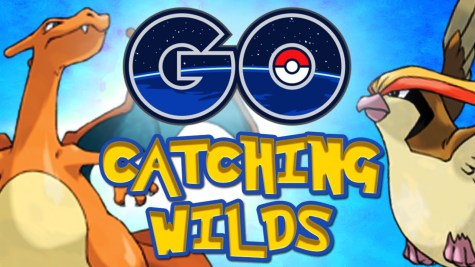 Rustling leaves are used to show where wild Pokémon could be lurking.
Once you’re trying to capture one though, the game will shift and use your smartphone camera to show the creature in augmented reality.
The white ring surrounding the beastie will change depending on how likely you are to capture it – smaller is better. When it turns to green, then it’s time to throw your ball.

4. Don’t forget to trade in duplicates

There’s no point hoarding a load of the same Pokémon. If you want to level up or evolve your Pokémon faster, you should trade any duplicates you have back to Professor Willow. He’ll give you candy when you do, which are really important for evolving your Pokémon and nabbing yourself some powerful allies.

I think you guys are now quite loaded up. So now use these methods and rock the game. But I must warn you, Niantic isn’t a very big fan of these cheats. So if you get caught, you may get banned upto 45 mins to 1 hour!