There are many security and anti-virus app in the PlayStore for Android. Each of the app promises good security for your Android smartphone. But are they really worth it? And what to among all those free & paid security apps?

Today we give you the list of top 7 Android security apps we came across during our research.

Kaspersky, as we know, is very popular in the anti-virus realm.There is a basic free version that provides the basics with a paid version that adds some other useful features. The free version’s list of features includes scanning for malware and viruses while the paid version gets real-time protection, anti-phishing, cloud protection, and anti-theft, as well as smaller features like sounding an alarm to help find your lost device. 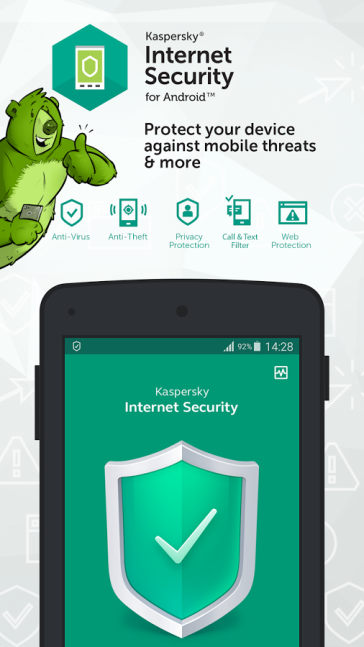 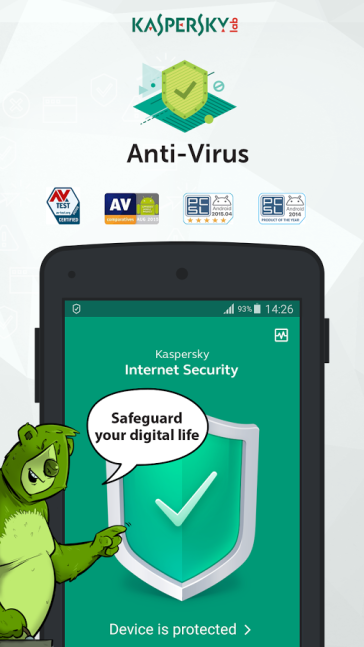 In Android, Avast is as well known as their anti-virus for the PC version.It has over 100 million installs & 4.5 review on the playstore.The free version includess the usual device scanning, app scanning, and real-time protection and also a remote locking system for your lost phone. If you buy the pro version, you’ll get even more features including remote data recovery, remote SMS, geo-fencing, ad detection, and app locking.

360 Security is one of the most popular and highly rated antivirus Android apps available right now with over 100 million downloads and 10 million ratings resulting in a 4.6 overall rating. This antivirus and anti-malware app comes with a ton of features, including the ability to scan your device files for malware, scan your apps and games, enable real-time protection, and even comes with an anti-theft feature.There is also a built in cleaner and booster. Perhaps the most useful feature for this one is an app lock that lets you password protect any app on your device which is great for keeping nosy people away. The best part? It’s completely and totally free.

AVG Antivirus Security is another antivirus Android app that many people know about from AVG’s time in the PC antivirus space.AVG is a bit lighter of an option compared to other name-brand options and includes real-time protection, device scanning, and consistent antivirus database updates. On top of that, there is a task killer, anti-theft features, remote device data wiping, and you can monitor things like battery, storage, and data usage. The interface on this one is actually pretty good comparatively speaking and the paid subscribers can also get app locking, call and message blocking, and more.

McAfee is arguably one of the most recognizable name in the entire antivirus space and their Android app is faily high profile as well. There is virtually no difference between the free and paid version except a few features so this is a great way to get a lot of protection for free although the paid version can get some pretty decent features like phone support and backup services. McAfee also added a “power booster” into the app which can be useful or perhaps ignored.

Norton Security and Antivirus is from Norton which, like McAfee, ranks up there as one of the most recognizable names in the antivirus space. Over the last year or two, Norton has undergone some positive changes, which includes a more powerful free version of their app along with a bit of a redesign and some extra features added in. Make no mistake, this is a “heavy” antivirus app but it seems to run better than it used to. You’ll get antivirus and anti-malware protection out of the box along with remote locking of your device, alarms to find missing devices, and some privacy features as well. The paid version gets far more features, but it’s nice to see Norton listening to constructive criticism and making positive decisions based on it. 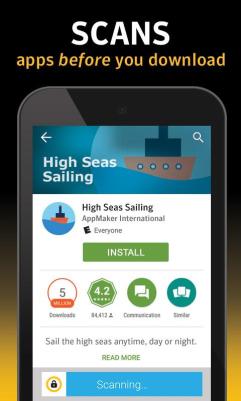 CM Security had some viral success back when it was one of only a few free antivirus Android apps and was, at the time, the best free option available. It has some competition now, but CM Security is still pretty decent when it comes to antivirus and anti-malware protection as it has been ranked very high on AV-TEST repeatedly for several years now. On top of its antivirus and anti-malware features, CM Security also includes one of the better app locks that we’ve used (it even has fingerprint scanner support now) that not only locks your apps, but takes selfies of people trying to nose around in your business. It’s a lot more lightweight than some of its name brand competitors which is good and it’s completely free for everyone. 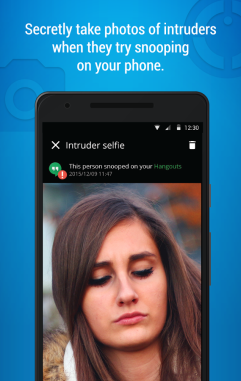 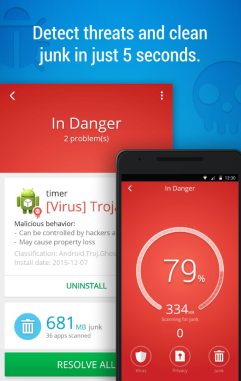 One thought on “Best 7 apps for your Android security”