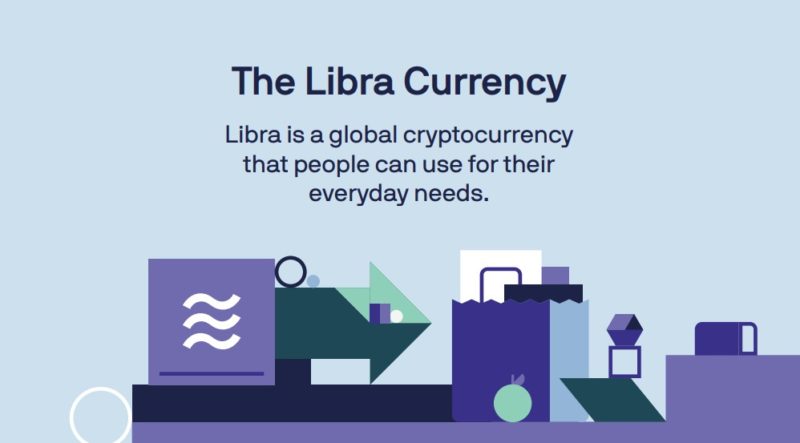 Bitcoin can handle 7 transactions per second, Ethereum’s capability is over twice that many. How about Facebook’s cryptocurrency? 1000.

Facebook developed Libra, a cryptocurrency using blockchain technology, however this cryptocurrency will be also controlled by the Libra Association made up of firms such as Calibra (Facebook’s subsidiary), Visa, Mastercard, and Paypal among other tech, venture capital and tech firms.

One major problem this currency aims to solve is removing the large fees associated with international transfers. Libra will act as a link between traditional currencies as it can be sent through Messenger or Whatsapp instantly without the need of a bank account. Facebook / Calibra’s scope does not stop there. It wants to make Libra the global currency that is economical, decentralized and accessible to even those without bank accounts. In other words, the evolution of Paypal.

Facebook wrote in its Libra whitepaper, “Success will mean that a person working abroad has a fast and simple way to send money to family back home, and a college student can pay their rent as easily as they can buy a coffee. “

To keep Libra’s value stable for everyday usage, the Libra Reserve contains bank deposits as well as short term government securities for currencies such as the dollar, pound, euro, Swiss franc and yen. If there are major price changes in any of those currencies, the Libra association would adjust accordingly to keep Libra stable.

Move, which is still under development will be the programming language used in the background to maintain Libra’s operations.

As we can see, Libra can be stable, global and somewhat decentralized. However, considering Facebook’s reputation regarding privacy, can we trust Libra to be safe and private?